But…
Here is a list of things I have for sale where you can easily just email me about what you want and I can hit you back with a total. If you use Venmo or Paypal it should be easy. Skip all the fees from all the other websites (itsmerickv (at) gmail).

I Text Brett After Each Start Trek: TNG I Watch
I texted my friend Brett after each Star Trek The Next Generation I watched. He would usually write funny replies. I turned these into comics.
Note that if you have never watched Star Trek The Next Generation these will make absolutely no sense to you.
Another note: The covers for this run came back strangely small. So they look a little funky on the back cover.
36 B&W pages with 3 pages in full color (oooh!). 7.25 in x 4.25 in. $5

Small Pants Big Wheels Part 1
A small history of my friendship with skateboarding. Mostly from age five to age fourteen. It’s my first attempt at doing a long format narrative. More to come!
13 FULL COLOR pages printed on matte paper. 8.5 x 5.5
3rd Edition! Which means a slightly different cover and a typo that was fixed. $8

KnowhutIzine: An Attempt to Document All Things Worrell 2ND PRINTING
My friend Dakota and I love Ernest P. Worrell. So much so that we put together a zine documenting every dang thing he ever had his mug on. Movies, TV specials, products, albums, books and more!
Featuring artwork by a bunch of different folks like Chris Escobar, Penina Gal, David Yoder, Steve Thueson, Emily Timm, Ryan Sheffield, and more!
It took us over two years to make it and we are proud of it.
2021 UPDATE: We made a slightly better version of this already fine product. The zine now has a spine and a more durable cover. There are various grammar and spelling errors corrected. Some updates including a missing home video review and a NEW three page comic about a phone call I had with Ernest creator John Cherry.

Skunky Beaumont – Our Stupid Band
Skunky Beaumont was a punk band I was in from 1999-2002. We played a lot of shows but rarely left our area code. We were very DIY because we didn’t know any other way to be.
This started as a teeny tiny CD-sized booklet I would mail out to somebody who downloaded anything Skunky Beaumont related on Bandcamp. I had so many fliers and what-not filed away and it became at 35+ page zine! It is mostly about our band Skunky Beaumont but also shows a little window of the Fort Worth mid-cities DIY punk scene in the early ’00s.
Features ramblings, photos, flyers, lyrics, local band bios and a mail-order Skunky Beaumont comic I drew twenty years ago when I had no idea how to draw a comic.
8.5 x 7″. You can put it in your 7″ record box. Black and White. Paper pending. $6

Yokoi Kids Annual Vol. 1
The Yokoi Kids is a Game Boy game of the month club I help curate. We put out a collaborative zine with 20+ other people.
It’s 90 pages covering 25 Game Boy games through essays, ramblings, comics, illustrations, haikus, and a recipe.
Any proceeds go toward No More Deaths, a humanitarian organization based in southern Arizona. The mission of No More Deaths is to end death and suffering in the Mexico–US borderlands through civil initiative: people of conscience working openly and in the community to uphold fundamental human rights. nomoredeaths.org
Bound, 5.5″ x 8.5″, B&W w/ full color cover. $8

GO GO GO : SHORTS CASSETTE
7 songs and most of a live show of our 2-piece punk/hardcore band. Even more beautifully packaged. 2022. $5
Listen

GO GO GO : TWOFER CD
A CD featuring both Go Golden and Shorts. It even included a bonus song! Wow!
Made with Kunaki. $8

MUSIC FROM DOUG CD
A very unofficial replication of a CD that was passed around the Nickelodeon offices. Made with files from archive.org and Kunaki.
Will delete if this ever really comes out. I did do a really nice back cover for it. 2021. $6
Listen

SURF II SOUNDTRACK CASSETTE
A Bootleg we put together. It’s a great movie with a great soundtrack that was never released. Songs were collected and sound clips were added. The first release from Busted Tapes. 2022.
$5

A SK8 VIDEO 3 VHS
A skate video I did some animations for put on a VHS tape. I harvested other tapes and left the previews on for fun. It also features A Sk8 Video 2 and Baby Come Home, two other skate videos. 2020. $6
Youtube version

FORGOTTEN FILM TRAILER SHOW VOL. 1
A collection of a bunch of trailers for movies that never saw anything past a VHS release. Wild n’ weird stuff. All proceeds go to Vulture Video. 2022. $10 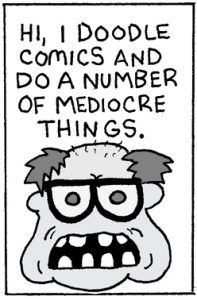